Fairgrounds and the History Behind Them

History of the Izard County Fair - By Jeralene Love

These facts may not be accurate, as I have gathered them from memory of what I have been told.

The first Fairs were held on the Melbourne School Ground, in the late 1930's or early 1940's, having the crafts displayed in the Gymnasium and they built temporary fences to show the livestock. They alternated with Calico Rock a few times and held it on their School Ground. The Thompson Brothers brought in a Carnival. They had a real bucking horse and offered money to anyone who could stay on him a certain length of time.

To raise money, the ladies donated a hen to be sold or auctioned and the men paid a stockholder fee of $1.00. Garfield Brown built the first building, which was of wood and located in the upper far corner of the park on Court Street of what is now City Hall. This was in the late 1940's.

The stockholders that I can think of were Boyce Cook, Owen Hunt, Dick Reeves, Hale Bibb, Garfield Brown, Ted Blankenship, T.J. Harris, Charles Miller, John E. Miller, Raymond Blair, Fred Blankenship, Hayden Landers, and W.W. Hames (who was the Agri Instructor). There were at least 30 or more but the list has been lost.

In 1958, they got enough money and Garfield Brown built the Rock building that is next to City Hall. He asked to be removed from the board because it would be a conflict of interest. They complied and put his daughter, Jeralene Love, on it and she is still serving on it today. The first wood building was then moved by Dewey Love with his dozer to the lower side of the Park and used for a poultry barn and a livestock barn was built out from it.

In 1974, the Extension Homemakers took their savings and built the building that City Hall is now. Funds were also raised to build the amphitheater. By this time we were getting money from the State for Premiums, but I don't know when it started or when we started getting construction money.

We soon outgrew these buildings and in 1991, the county and city swapped property and we built the 40' x 60' Exhibit building, Livestock Barn, and Arena on the LaCrosse Road where we are now. The Board members and construction men worked long after midnight and we still started the Fair without bathrooms and lighting finished, but we did have a Fair. With much appreciation for donations, the Charles and Earline Miller Poultry Barn and Boyce and Irene Cook Amphitheatre were built. The EHC ladies reached out again and built a kitchenette and bought 96 chairs and 15 tables for the Exhibit Building.

Soon we outgrew this building and with dreams of becoming a District Fair we built another Exhibit building 60' x 120'. In 1997, the dream became a reality and we became the North Central Arkansas District Fair and Livestock Show. The 6 counties belonging were Cleburne, Fulton, Independence, Izard, Sharp, and Stone. After two years, Independence County dropped out and in 2000, Van Buren County joined us but it was 2001 before they were legal. Since then we have built the Johnnie Walker Show ring and made more improvements to the Barn.

In 2003, Paul and Treva Miller donated a metal Building and we made it into the Commercial Building. In 2005, we got a grant and built a storage building for the tractor and other equipment. We are now starting an Internet web site, so we are still growing.

Rebecca Moser Hickerson loved life, her family, good friends, and horses. From an early age, through college, and into adulthood, she competed in horse shows winning many trophies, awards, recognition, and a multitude of friends. Her life was cut short by cancer on December 31, 1992 at age thirty. The arena located at the Izard County/North Central Arkansas District fair grounds is used for horse shows, rodeos, and other competitions including the prestigious Arkansas-Missouri Horse Show. The arena is recognized as one of the premiere equine arenas in the state of Arkansas. Rebecca's father, L.D. Moser, spent countless hours to make this arena a reality and continues to maintain and care for the arena to this day. Because of Rebecca's love of horses and the Moser family's dedication, the arena is dedicated and named to honor the memory of Rebecca Moser Hickerson. 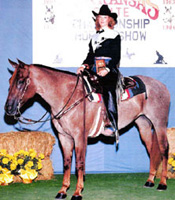 Senator Paul & Treva Miller Building Paul Gray and Treva Miller have been very involved with the progress of our community. Treva served as a teacher in the public schools for thirty-four years. Most of this time was spent in the first grade at Melbourne Elementary School. Paul Gray was a coach, teacher, principal and superintendent during his education career. He now owns Paul Miller Motors located in Melbourne, Arkansas.

After many years of service in the dealership, he has passed management down to his two sons, Gene and Bob Miller. Paul Gray now serves as an Arkansas Senator for a section of north central Arkansas which includes five counties. He and Treva reside on a small farm in Melbourne and have raised beef cattle in past years. They have been involved in numerous civic organizations and projects, as well as being long time members of the First Baptist Church of Melbourne. The Millers were generous enough to donate the building used for commercial exhibits which is named in their honor. Thank you for your generosity, Senator! 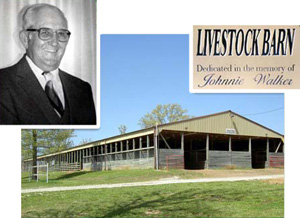 Boyce and Irene Cook had three daughters. Boyce was instrumental in getting the first amphitheater built at the old fair grounds where City Hall is now located. Irene was a beautician and loved to dress up her girls to compete in the Beauty Pageants.

Due to all their hard work in several community activities, their love for Izard County, and especially Irene's love of beauty pageants, the amphitheater was named for Boyce and Irene Cook.

Edith Maye (Blankenship) Morehead, born February 20, 1924, has been involved in the Izard County Fair practically all of her life. Her father, Ted Blankenship, was one of the first shareholders in the fair.

Ted and her mother, Aslee (Neal) Blankenship were fair superintendents over the poultry as long as their health allowed. Edith took their place and was poultry superintendent for many years. 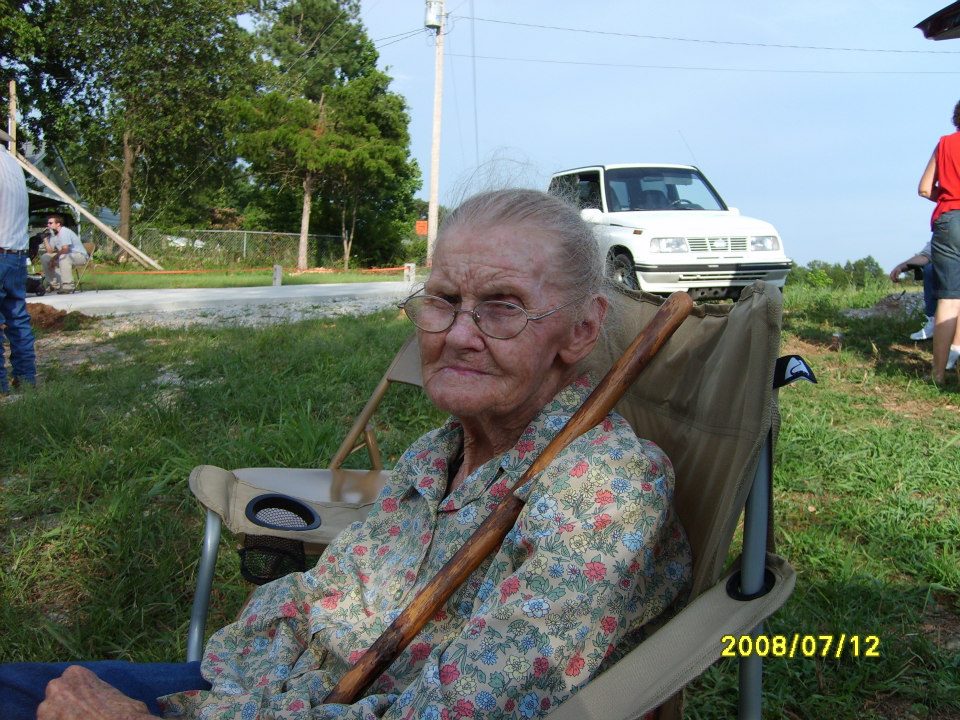 Edith married Herman Morehead in 1947 and they raised four children: Vivian Mitchell, Gladis Tate, Willis Morehead, and Hearley Morehead. Herman passed away in 1976. Edith helped raise cattle, hogs, chickens, rabbits, ducks, turkeys and, of course, a plow horse or two. She was active in 4-H as a member and later as a leader. She passed her exam and taught school at Red Hill for one year before she married. Even with declining health, Edith Morehead continued to help during the Izard County and North Central Arkansas District Fair at the poultry barn alongside her children, grandchildren, and great-grandchildren as long as her health allowed. Edith Morehead was a living tribute to the strong will and the spirit of people in the Ozarks. Because of her love for the fair and dedication to 4-H projects, the picnic pavilion on the Izard County/North Central Arkansas District Fairgrounds is named to honor Edith Morehead.